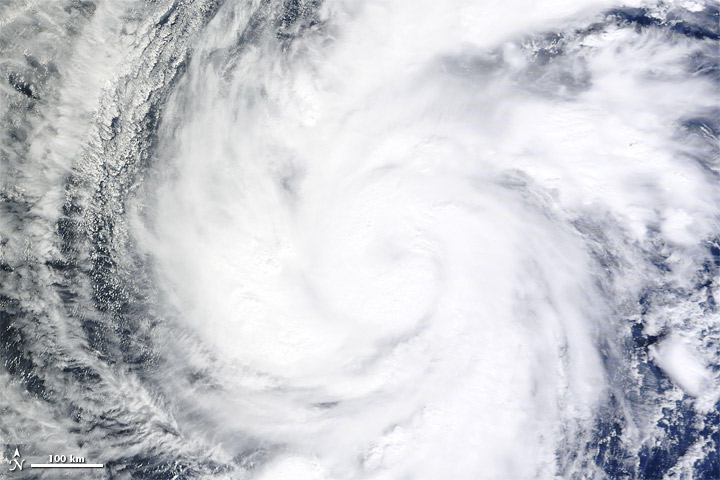 Tropical Depression Thirteen-E formed over the eastern Pacific Ocean in late November 2011. The depression strengthened into Tropical Storm Kenneth on November 20, and further strengthened into a rare late-season hurricane the following day, according to the U.S. National Hurricane Center (NHC). On November 21, the NHC reported that Kenneth was located about 685 miles (1,105 kilometers) south of Baja California, and packed winds of 85 miles (140 kilometers) per hour.

The Moderate Resolution Imaging Spectroradiometer (MODIS) on NASA’s Terra satellite captured this natural-color image on November 21, 2011. Kenneth faintly bears the spiral shape characteristic of strong storms. As Kenneth was forecast to travel westward, away from land, no coastal watches or warnings were expected. 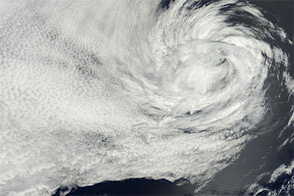 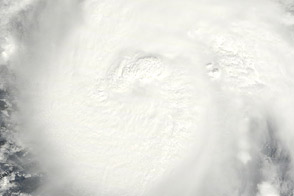