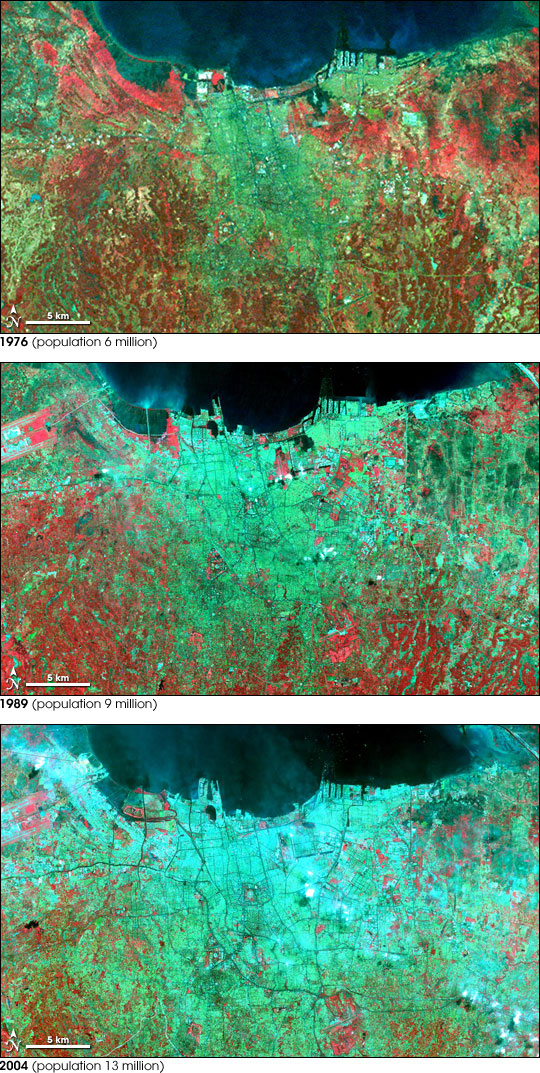 Located on the northwest tip of the island of Java, the city of Jakarta looks out over the Java Sea. Like many urban areas all over the world, Jakarta, Indonesia, is growing. Since 1976, the population has more than doubled. More people require more housing, more stores, and more streets. This urban growth means that surrounding, undeveloped land has been transformed.

In the 1976 image, captured by the Landsat MSS scanner, the city makes a green patch in image center and along the coastline, while the surrounding area shows large areas of remaining vegetation (red). The city spread considerably to the east by 1989, when a subsequent Landsat mission captured the middle image in this series. By 2004, when the final image was captured by the Advanced Spaceborne Thermal Emission and Reflection Radiometer (ASTER) on NASA’s Terra satellite, westward expansion had occurred as well. Nearly the whole scene appears in the green of urban development, with few pockets of vegetation remaining.