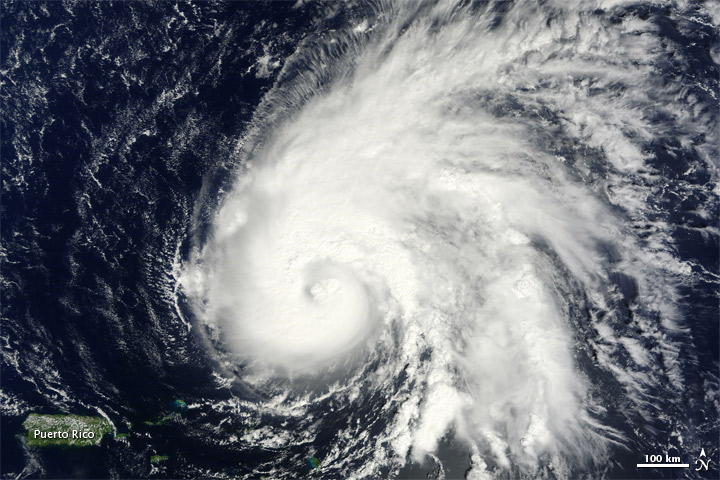 Ophelia was strengthening into a hurricane when the Moderate Resolution Imaging Spectroradiometer (MODIS) on NASA’s Terra satellite captured this natural-color image on September 29, 2011. MODIS acquired this image at 10:40 a.m. Atlantic Standard Time (AST). Twenty minutes later, the U.S. National Hurricane Center (NHC) reported that Ophelia had winds of 70 miles (110 kilometers) per hour, and was headed north-northwest.

At 8:00 a.m. AST on September 30, the NHC reported that Hurricane Ophelia had winds of 105 miles (165 kilometers) per hour, and was continuing to travel toward the north-northwest. The NHC forecast that Opehlia would turn toward the north and increase its forward speed later that day. The NHC’s five-day projection showed the storm potentially passing over eastern Canada around October 3.