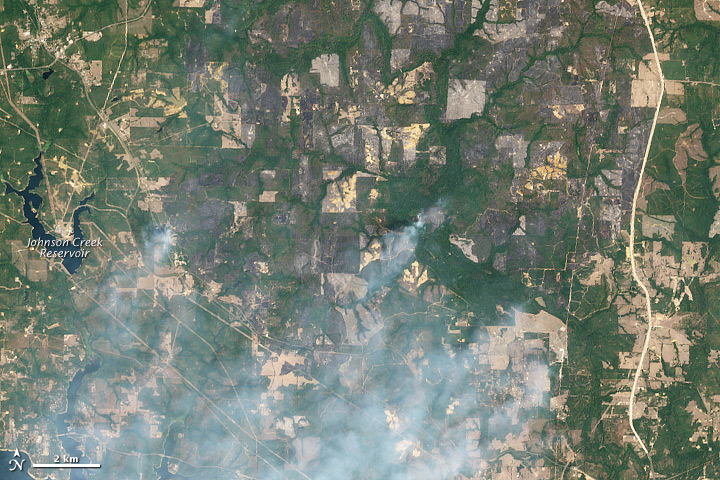 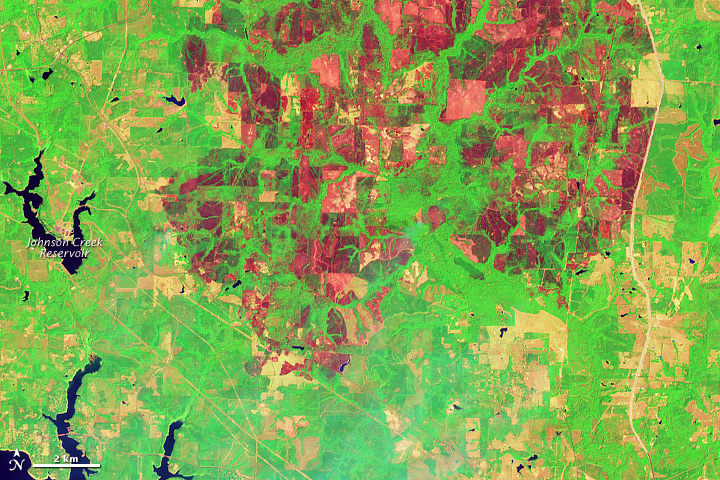 The Bear Creek Fire in Texas started on September 4, 2011, and by September 12, it had burned 40,548 acres (16,409 hectares), according to the Incident Information System. Although the fire was 80 percent contained, Bear Creek retained a high potential for growth.

The Advanced Land Imager (ALI) on NASA’s Earth Observing-1 (EO-1) satellite captured these images on September 9, 2011. The top image is natural color and resembles an aerial photo. The bottom image is made from a combination of shortwave infrared and visible light to better distinguish between surviving vegetation (green) and burn scars (red to orange).

These images show that the fire has burned a substantial area, but not uniformly. Paths of unburned vegetation divide irregularly shaped burn scars—especially visible in the false-color image. Lingering smoke is more easily seen in the natural-color image.

Drought in the state of Texas provided plentiful fuel for fires in late summer 2011. In early September, Tropical Storm Lee, which drenched the U.S. Southeast, brought strong winds to Texas, worsening the fires.