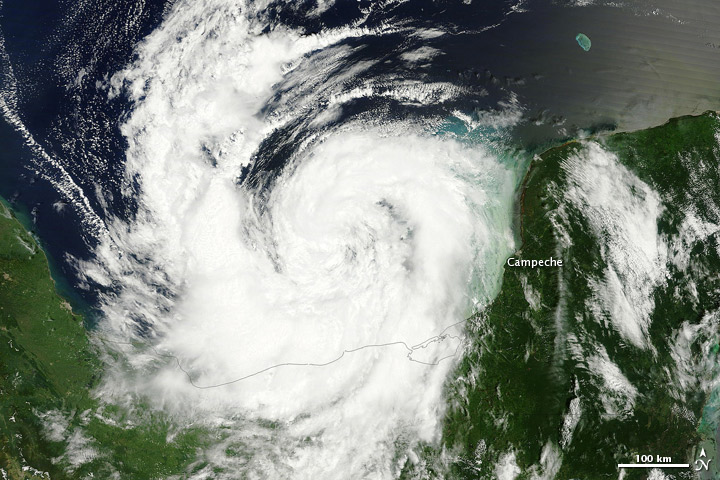 Tropical Storm Nate formed in the Bay of Campeche (southern end of the Gulf of Mexico) on September 7, 2011. Nate remained a tropical storm two days later. At 1:00 p.m. Central Daylight Time (CDT) on September 9, the U.S. National Hurricane Center (NHC) reported that Nate had maximum sustained winds of 50 miles (85 kilometers) per hour. The storm was located about 150 miles (240 kilometers) west of Campeche, Mexico.

The Moderate Resolution Imaging Spectroradiometer (MODIS) on NASA’s Terra satellite captured this natural-color image at 11:45 a.m. CDT on September 9, 2011. The storm hovers over the Gulf of Mexico, just west of the Yucatán Peninsula.