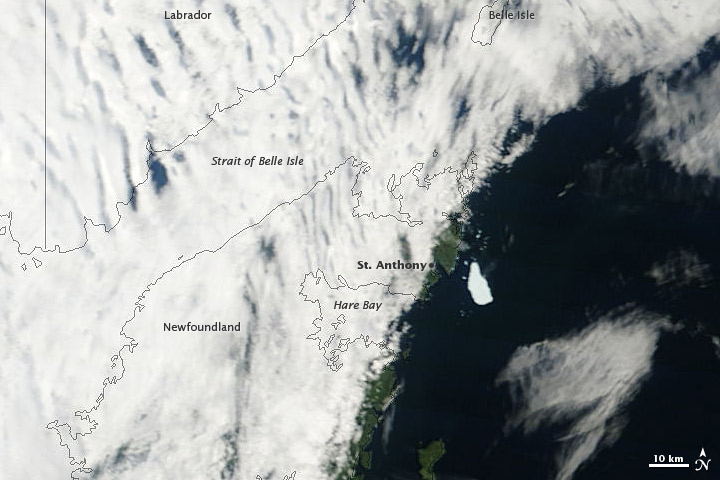 On August 9, 2011, the Canadian Ice Service (CIS) reported that the Petermann Ice Island-A (PII-A) appeared to be grounded off the east coast of Newfoundland, east of the city of St. Anthony.

The Moderate Resolution Imaging Spectroradiometer (MODIS) on NASA’s Terra satellite captured this natural-color image of the ice island and its surroundings on August 14, 2011. Clouds hide much of the region, and white lines delineate coasts and borders.

PII-A appears as an irregularly shaped white body east of St. Anthony. What look like small fragments of ice appear immediately west and north of the ice island. The CIS had reported for weeks that the ice island was losing mass due to melting and calving, so a continued loss of ice is consistent with CIS reports.

PII-A is a remnant of a much larger ice island that calved off the Petermann Glacier in northwestern Greenland on August 5, 2010. Over the course of the following year, that ice island fragmented into smaller pieces, which continued drifting. Other fragments of the original ice island were in Baffin Bay and Lancaster Sound as of August 9, according to the CIS. 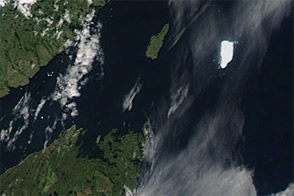