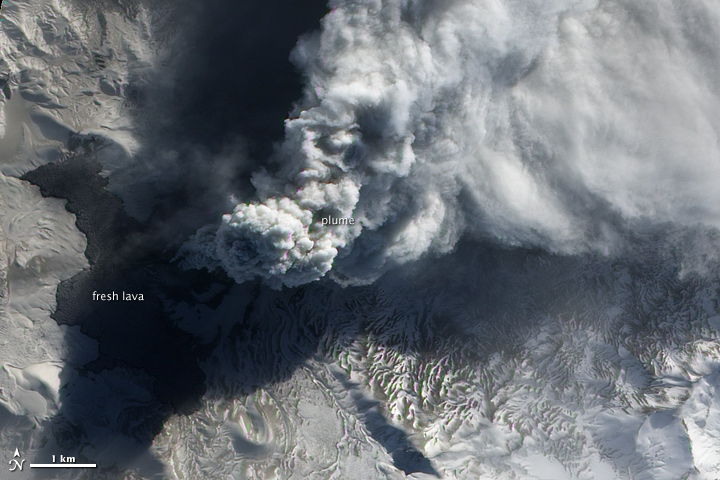 A pale ash plume rises above erupting fissures, then fans out toward the north and east. The plume casts a shadow over the lava flow along the western (left) edge of the image. To the south of the plume, areas that have not been coated with lava sport instead a dendritic pattern of white snow and brown ash.

On July 31, SERNOGEOMIN, Chile’s geology and mineral agency, reported that a minor eruption was in progress at Puyehue-Cordón Caulle. The volcano released gas and ash, accompanied by a continuous volcanic tremor. In late July, an average of one low-magnitude earthquake per hour occurred beneath the volcano. Cameras installed around the site showed an eruption column height of 2 kilometers (1 mile) on July 31, and Chile’s Meteorological Office forecast that the plume would likely move toward the east-southeast overnight.

The eruption at Puyehue-Cordón Caulle began on June 4, 2011. The eruption sent an ash plume high into the atmosphere, and winds sent the ash around the Southern Hemisphere. 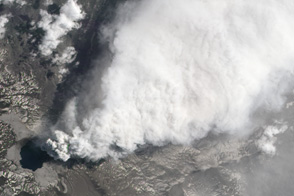 Despite being classified as a “minor” eruption, Chile’s Puyehue Cordón-Caulle Volcano continues to pump out large amounts of ash.