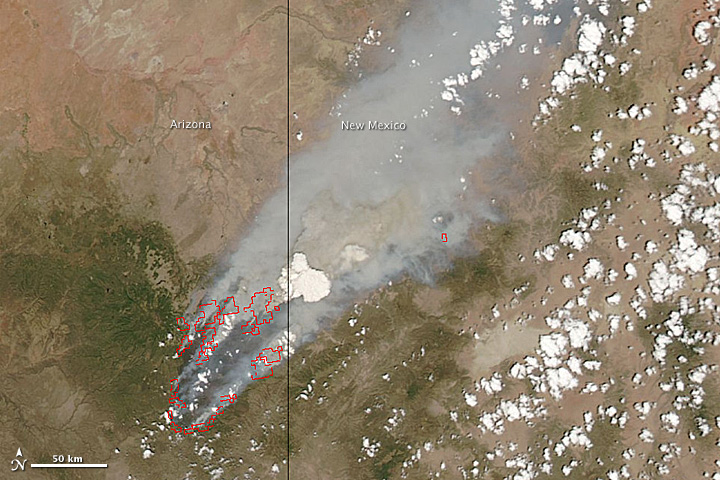 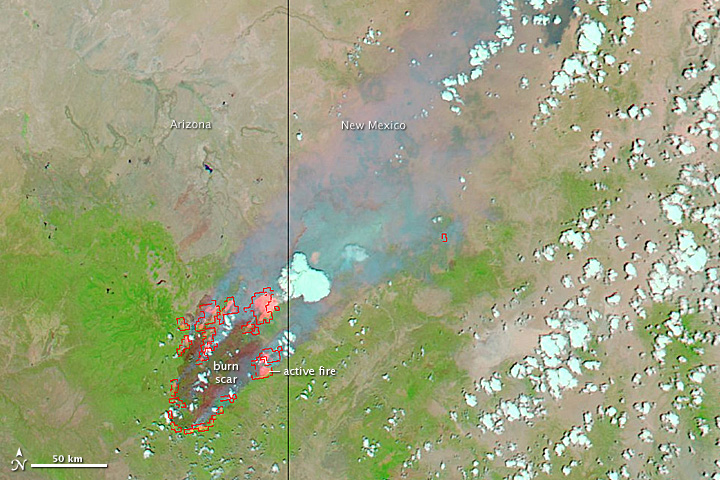 This pair of images, both taken by the Moderate Resolution Imaging Spectroradiometer (MODIS) on NASA’s Aqua satellite on June 6, 2011, provide complimentary information about the vast Wallow Fire in eastern Arizona. In the top true-color image, smoke billows from the rapidly growing fire. The fire beneath the smoke is outlined in red.

The lower image, made with visible and infrared light, strips the smoke away to illustrate just how large the fire is. Freshly burned land is dark red, and actively burning hot spots are bright orange. Over the course of the day, the fire grew from 192,746 acres to 233,522 acres. Beyond the fire, unburned forest and brush are bright green. The surrounding desert is tan and pale pink. Clouds are bright turquoise, and smoke is a duller shade of blue-green.

High winds and hot, dry weather led to extreme fire conditions on June 6, and similar conditions are expected through Thursday, June 9. The fire started on May 29, and by June 6 had become the third largest fire in Arizona’s history. The quickly growing fire forced evacuations from several communities, including Alpine, Nutrioso, and Greer, closed the Apache National Forest and a number of roads throughout the region.