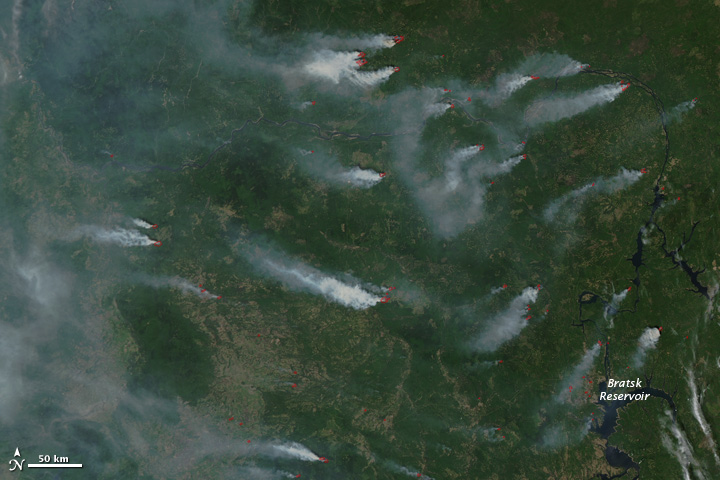 Several large, smoky fires burned in the forests of southeastern Russia when the Moderate Resolution Imaging Spectroradiometer (MODIS) on NASA’s Aqua satellite acquired this image. The fires are marked in red.

The two regions were among the areas that posed the greatest challenge to firefighters in early June because of the difficult, remote terrain and warm, fire-friendly weather. So far in 2011, 425,186.16 hectares of land have burned, compared to 187,391.39 hectares for the same period in 2010. 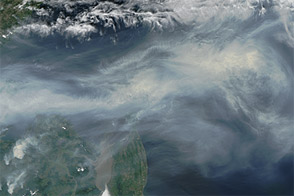 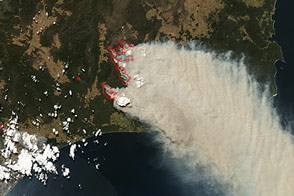