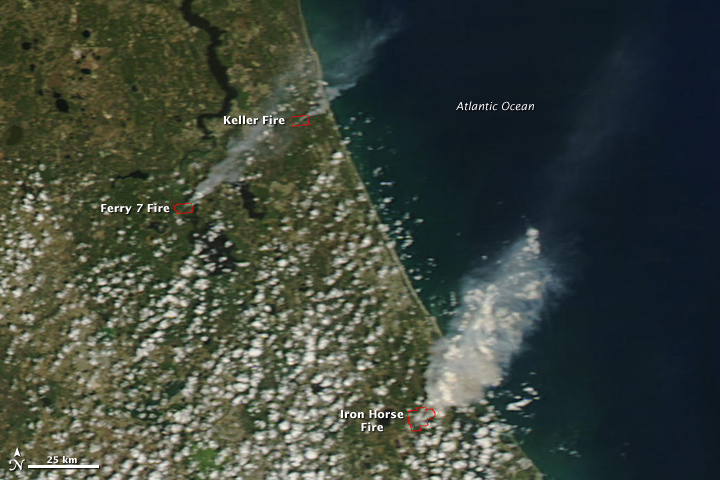 The largest of the fires is the Iron Horse Fire, burning in northern Brevard County. The 10,000-acre fire produced dense clouds of smoke that forced officials to close parts of US Highway 1 and Interstate 95, said news reports. As of March 1, the fire had destroyed one home and was burning towards more densely populated areas, reported CNN.

In the north, the Keller Fire also closed roads, including Highway 1 and Interstate 95. The smaller Ferry-7 fire burned primarily in National Forests.

Three wildfires burn near the east coast of central Florida in this image from February 28, 2011.