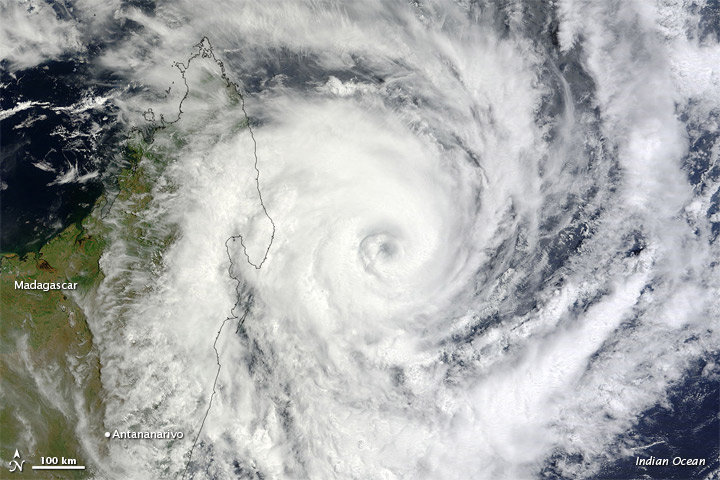 Tropical Cyclone Bingiza made landfall on Madagascar on February 14, 2011. The U.S. Navy’s Joint Typhoon Warning Center (JTWC) reported that, as of about noon local time on the 14th, Bingiza had maximum sustained winds of 85 knots (155 kilometers per hour) and gusts up to 105 knots (195 kilometers per hour). The storm was located roughly 250 nautical miles (465 kilometers) northeast of Antananarivo.

Although Bingiza would weaken somewhat over land, the storm was expected to re-strengthen after passing over northern Madagascar, thanks to high sea surface temperatures. The JTWC forecast that the storm would travel southward, roughly tracing the Madagacar’s west coast.

Giovanna approaches the coast of Madagascar in this image acquired February 13, 2012.