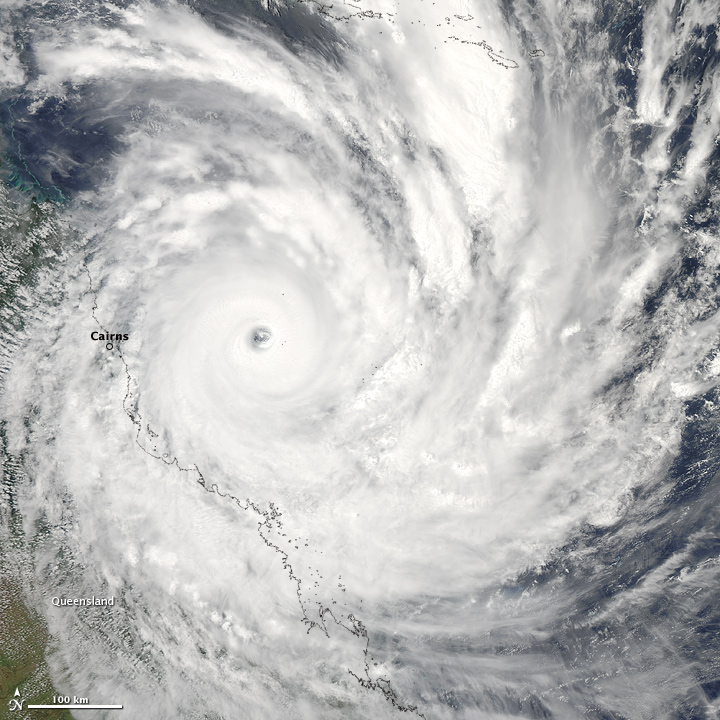 Still soaking from months of rain and major floods, the residents of eastern Australia braced for the arrival of Cyclone Yasi in early February 2011. The storm was hovering in strength between category 4 and 5, the most damaging on the hurricane classification scale.

News reports stated that the storm made landfall between Innisfall and Cardwell, south of Cairns, Queensland, around midnight on February 3. Storm surges along the coast were predicted to be as high as 9 meters (30 feet).