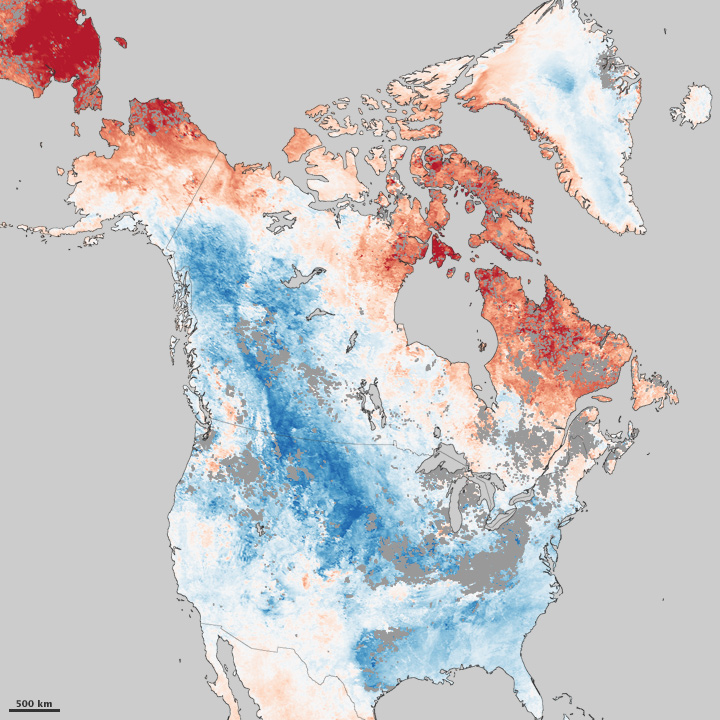 Snow fell in the U.S. Deep South, severe storms battered the East Coast, and International Falls, Minnesota, set a new temperature record: -46 degrees Fahrenheit (-43 degrees Celsius) on January 21. But in areas north of the United States and southern Canada, temperatures were above normal. In fact, unusual warmth forced residents of Iqaluit, capital of the Canadian territory of Nunavut, to cancel their New Year’s snowmobile parade.

The AO can change from positive to negative mode, and vice versa, sometimes in a matter of weeks. Forecasts from the U.S. National Oceanic and Atmospheric Administration (NOAA) indicated that the AO might return to positive mode in February 2011, although the possibility of a lingering negative mode remained.