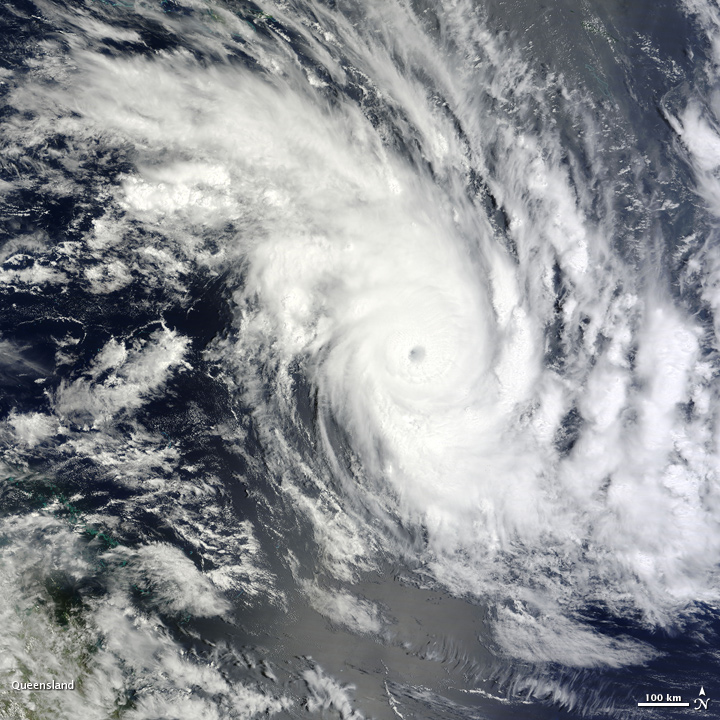 Cyclone Zelia was nearing its peak strength when the Moderate Resolution Imaging Spectroradiometer (MODIS) on NASA’s Terra satellite acquired this image at 10 a.m. (00:00 UTC) on January 16, 2011. At the time, Zelia had winds of 85 knots (157 kilometers per hour or 98 miles per hour), making it a Category 2 storm. Zelia intensified slightly through the day, and then quickly degraded as it moved south over cooler waters.

Two cyclones, Ului and Tomas, spin across the South Pacific Ocean in this natural-color image from March 16, 2010. 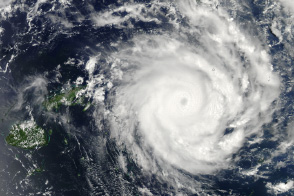