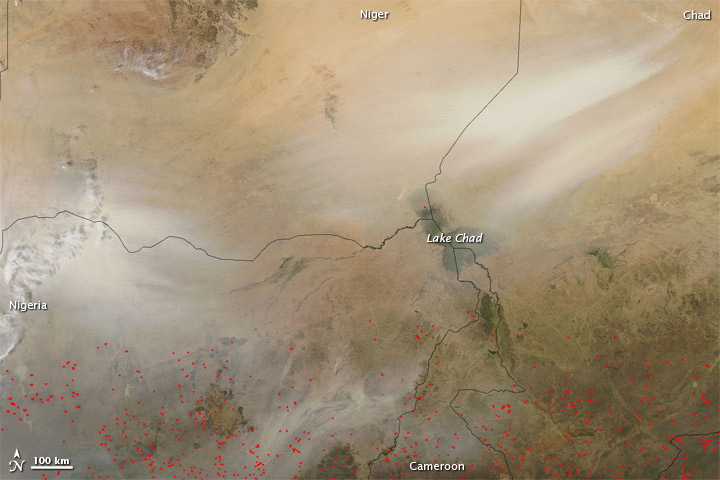 Dust from the Bodele Depression, northeast of Lake Chad, blew toward the southwest, leaving dust over the lake and parts of Niger and Nigeria. At the same time, fires burned across central Africa (likely set for clearing agricultural land) and mingled smoke with the dust.

Saharan dust often travels across the Atlantic Ocean. Although the dust can cause respiratory irritation and coral damage, it also provides valuable soil to the New World. In fact, a 2006 study found that Amazon rainforest owes much of its soil to the Bodele Depression.

Dust Storm in the Bodele Depression