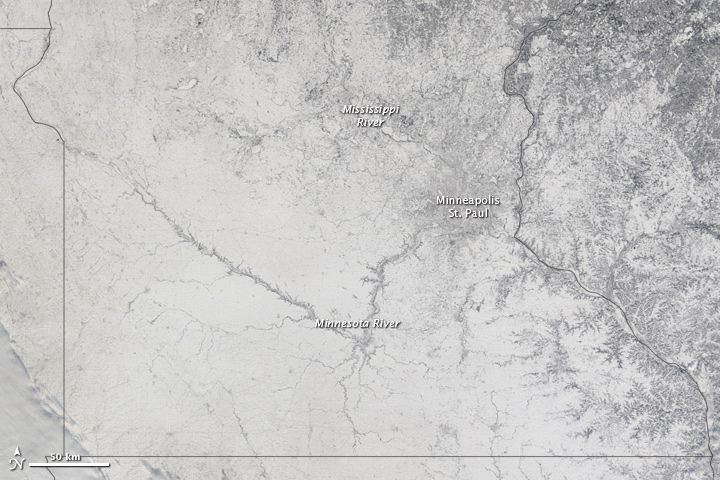 Winter snow is not at all unusual in Minnesota, but the storm that pounded the state on December 10–11, 2010, was unusual. Bringing 17.1 inches of snow to the Twin Cities International Airport, the blizzard was the largest December storm on record for the Minneapolis/St. Paul region, and the fifth largest snowstorm on record for any time, according to the Minnesota State Climatology Office.

The Moderate Resolution Imaging Spectroradiometer (MODIS) on NASA’s Terra satellite acquired this image of the snow-covered state on December 12. The large image shows a much wider region, extending south to the edge of the swath of snow in Missouri. In this image, the snow emphasizes the course of the Minnesota and Mississippi Rivers through southern Minnesota.

Minnesota is covered in white in this photo-like satellite image, taken one day after a record-setting snowstorm moved across the state.