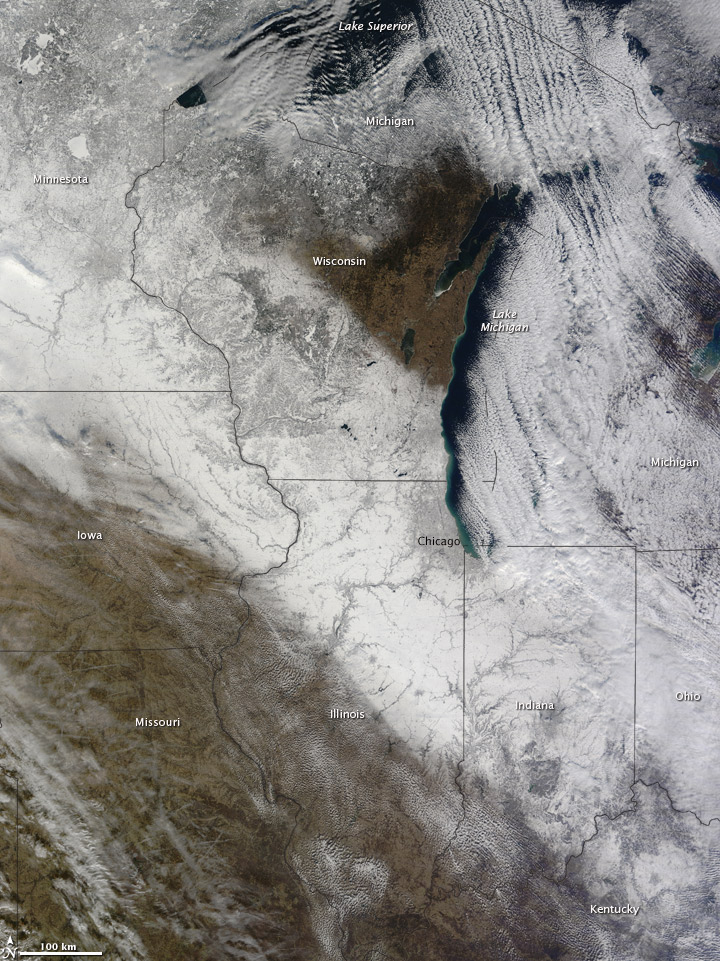 The blast of snow and cold air that moved across the Midwestern United States in early December 2010 is visible in this true-color image. The Moderate Resolution Imaging Spectroradiometer (MODIS) on NASA’s Terra satellite acquired the image at 11:00 a.m. Central time on December 7, two days after the weekend snow storm.

A swath of white defines the path of the storm from Minnesota to Kentucky in the image. Cloud streets streak across Lake Superior and Lake Michigan. Such clouds form when cold, dry air blows over the lakes. The moist air from the lakes freezes, forming long lines of clouds that echo the flow of the wind. The same process creates lake-effect snow, which was reported south and east of the lakes. The snow in northern Wisconsin and Michigan is likely lake effect snow off Lake Superior.

The stark white snow highlights ground features such as the river systems of the Midwest. Cities are darker than rural areas. Chicago and its suburbs in particular stand out in the field of white.

The highest resolution version of this image is the large image provided on the Earth Observatory. The image is available in additional resolutions from the MODIS Rapid Response System.