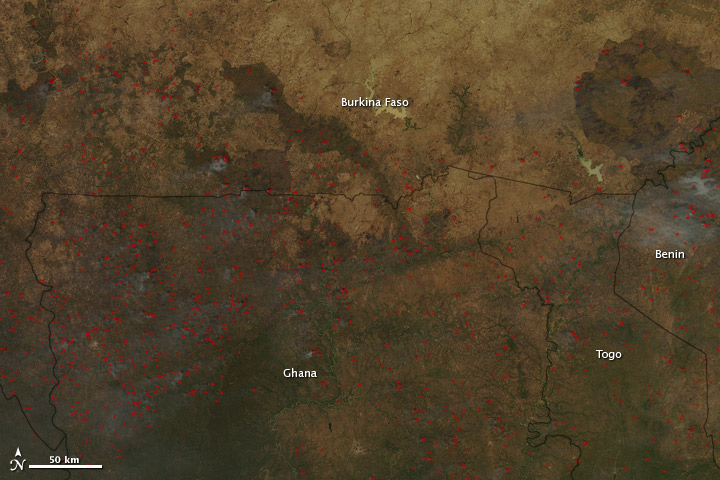 Red outlines the location of fires across West Africa in this photo-like image. The Moderate Resolution Imaging Spectroradiometer (MODIS) on NASA’s Aqua satellite acquired the image on November 30, 2010, when the fire season was just getting started. The widespread nature of the fires is an indicator that they were probably intentionally set to manage land.

Though the fires themselves are small, cumulatively they produce significant amounts of smoke. The particles and gases in smoke are hazardous to human health, and they contribute to the creation of ground-level ozone. The fires release carbon dioxide and aerosol particles, both of which affect Earth’s climate. The fire season in West Africa usually peaks in January.

The large image, which includes a wider region than the web image, shows fires burning throughout West Africa at MODIS’ maximum resolution, 250 meters per pixel. The image is available in additional resolutions from the MODIS Rapid Response Team.

Widespread fires were burning across West Africa when this photo-like image was taken on November 30, 2010. 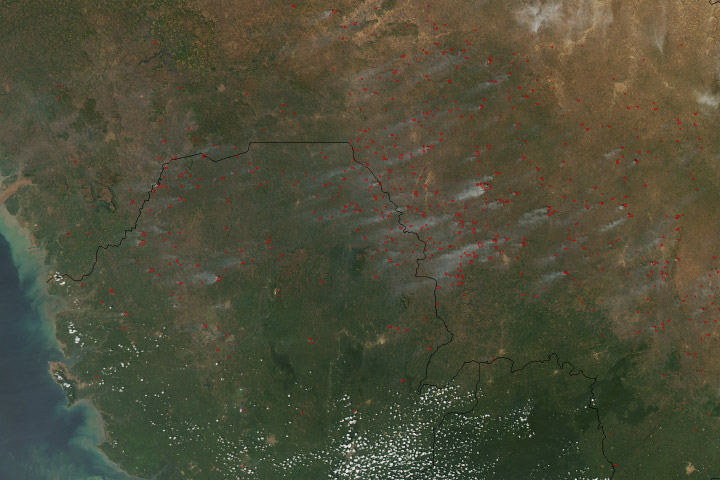 Widespread fires burned throughout West Africa, which is in the midst of the agricultural burning season.