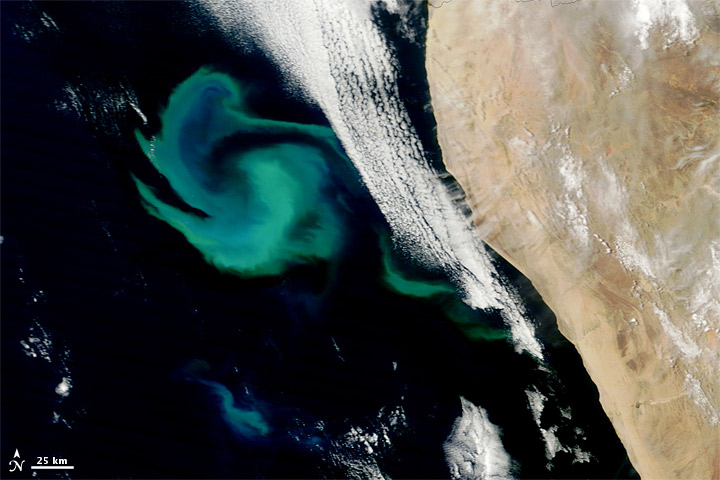 These bright swirls of green occur along a continental shelf bustling with biological activity. Phytoplankton blooms often occur along coastlines where nutrient-rich waters well up from ocean depths. The light color of this ocean water suggests the calcite plating of coccolithophores.

Farther south along the coast of Namibia, hydrogen sulfide eruptions occur fairly frequently. According to a study published in 2009, ocean currents deliver oxygen-poor water from the north, while the bacteria that break down phytoplankton also consume oxygen, depleting the supply even more. In this oxygen-poor environment, anaerobic bacteria produce hydrogen sulfide gas. When the hydrogen sulfide finally reaches oxygen-rich surface waters, pure sulfur precipitates into the water. The sulfur’s yellow mixes with the deep blue ocean to make bright green.

So this swirl of bright green could contain phytoplankton, sulfur, or a combination of the two.