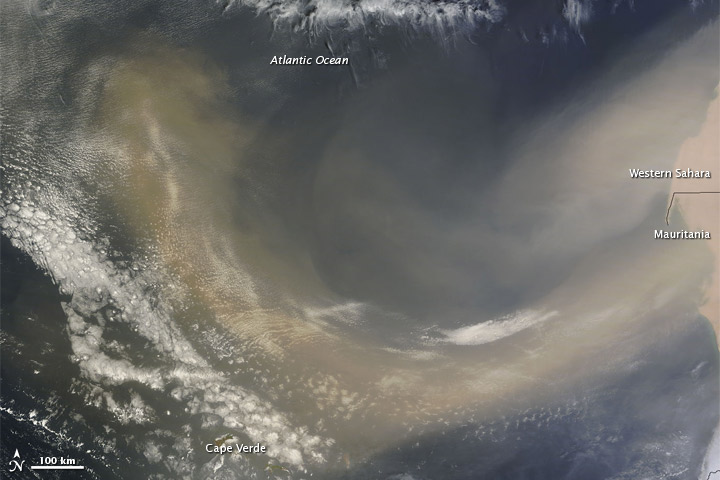 Source points for the dust storm aren’t clear in this image, but the different colors of dust might result from different points of origin, such as one or more of the sand seas in Mauritania.

Multicolored dust plumes blew off the coast of western Africa in mid-September 2010.

Acquired September 15, 2010, this natural-color image shows dust plumes spanning hundreds of kilometers over the Atlantic Ocean, just off the coast of western Africa.

Acquired May 16, 2011, this natural-color image shows a dust plume blowing off the coast of western Africa toward the south-southwest. 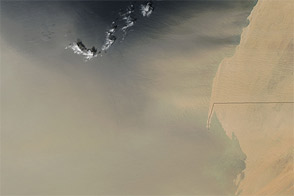 Thick dust nearly hides the sea surface off the western coast of Africa in this natural-color image from February 6, 2012.