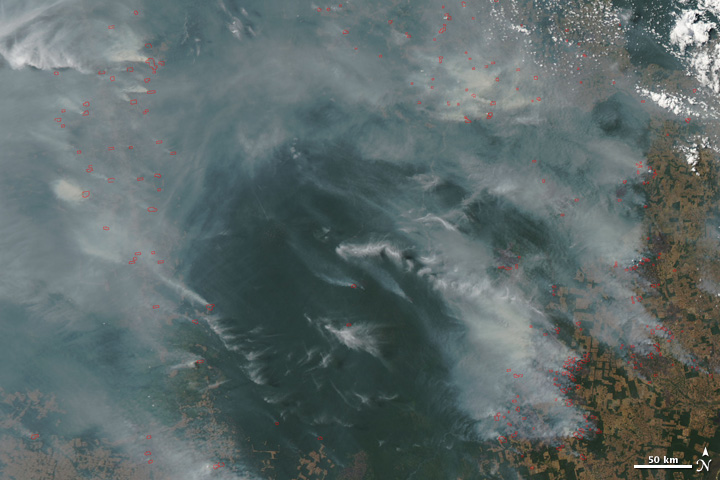 Fires burn along the southeast fringe of the Amazon Rain Forest in this image, taken by the Moderate Resolution Imaging Spectroradiometer (MODIS) on NASA’s Aqua satellite on August 17, 2010. Red outlines the places where the MODIS sensor detected a thermal spike, most likely a fire. Thick smoke veils the dark green forest in gray.

Satellite measurements of fire provide an overview of the extent of fire in an area as large and remote as the Amazon Basin. While fires are routinely set during the dry season, 2010 proved to be an unusual year. Satellites detected a three-fold increase in the number of fires burning in five Brazilian states, reported BBC News. Drought created more dangerous fire conditions, particularly in northern and eastern Brazil where wildfires destroyed large areas of national parks and hundreds of homes.