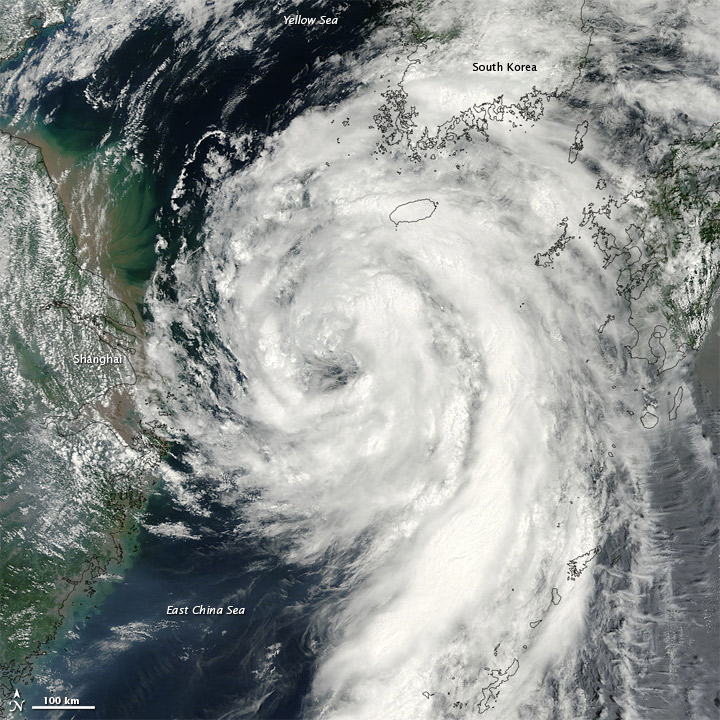 Tropical Storm Dianmu blew over the East China Sea in early August 2010, traveling slowly toward the Korean Peninsula. On August 10, 2010, the U.S. Navy’s Joint Typhoon Warning Center (JTWC) reported that Dianmu had winds of 55 knots (100 kilometers per hour) with gusts up to 70 knots (130 kilometers per hour). JTWC stated that the storm was roughly 270 nautical miles (500 kilometers) south-southwest of Seoul.