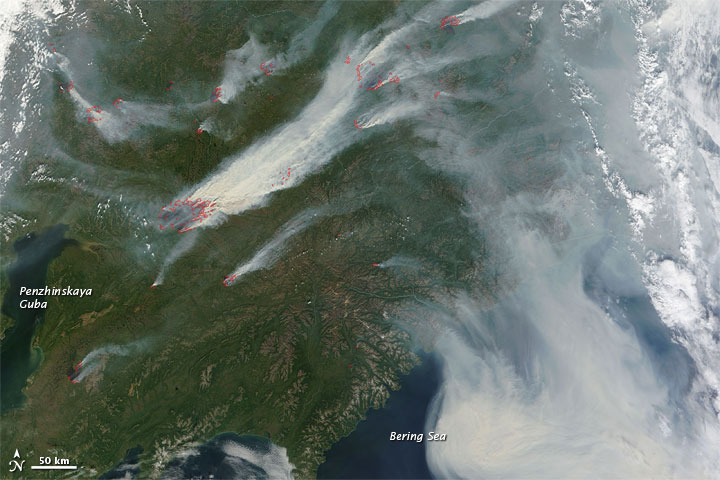 Fires raged in eastern Siberia in late July 2010, sending a plume of thick smoke hundreds of kilometers wide over the Bering Sea. News sources attributed fires in the Russian Federation to drought, heat, and human activity.

This image shows the region north of the Kamchatka Peninsula. The largest collection of fires is clustered around a river that feeds into the Penzhinskaya Guba, part of the Sea of Okhotsk. Smaller clusters of fires also burn in the northwest, northeast, and south. Most of the fires send their smoke toward the northeast, but east of the burning fires, winds carry the smoke toward the southeast. Off the coast, the smoke plume is thick enough to completely hide parts of the Bering Sea.

Fires burned across eastern Siberia north of the Kamchatka Peninsula throughout July 2010.