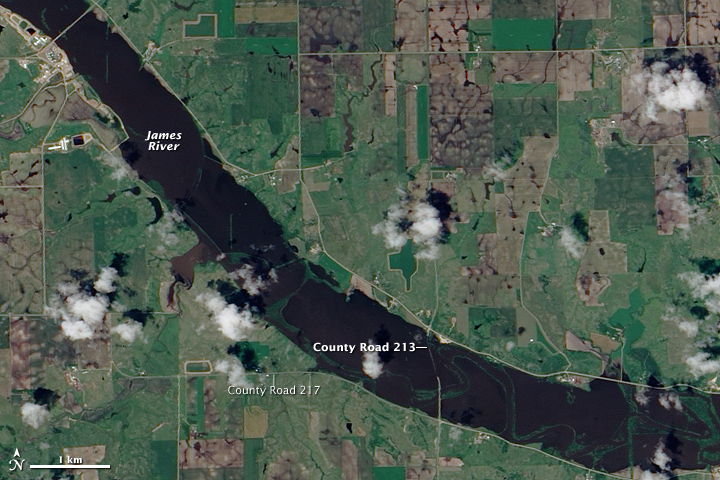 At first glance, this image might not appear to show any obvious flooding. This stretch of the James River, however, does not normally span nearly a kilometer. Instead, the relatively thin river typically meanders through the river valley, sharing space with dry land. East of County Road 213, ghostly green lines hint at the river channel’s usual path. In late June 2010, the Advanced Hydrologic Prediction Service reported flooded highways, overtopped bridges, and some 25,000 acres (10,000 hectares) of flooded farmland near the town of Scotland, South Dakota.

On June 29, 2010, the Advanced Hydrologic Prediction Service reported that the James River near Scotland was at 18.4 feet (5.6 meters), which put the water body in major flood stage. Although expected to decrease slightly, water levels were anticipated to remain at major flood level into early July.