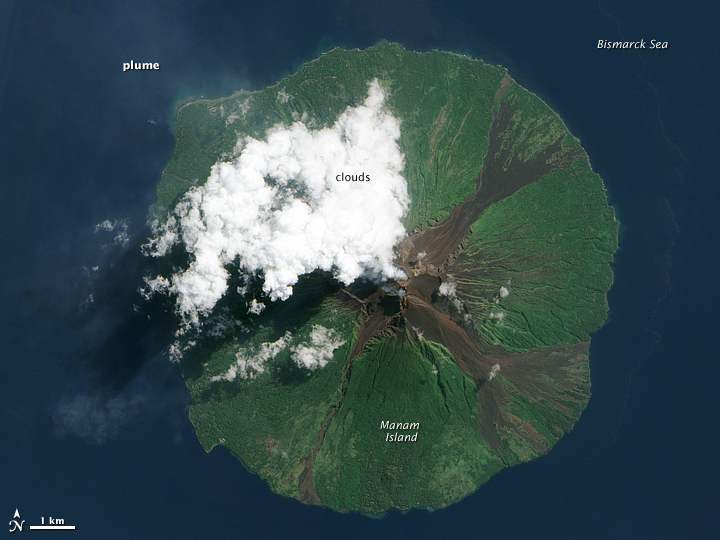 The clouds appear to be composed of a mixture of steam emitted by the volcano, and atmospheric water vapor condensing on particles in the volcanic plume. The remaining plume appears as a thin, blue-gray veil extending toward the northwest (upper left) over the Bismarck Sea.

Located 13 kilometers (8 miles) off the coast of mainland Papua New Guinea, Manam forms an island 10 kilometers (6 miles) wide. It is a stratovolcano. The volcano has two summit craters, and although both are active, most historical eruptions have arisen from the southern crater.