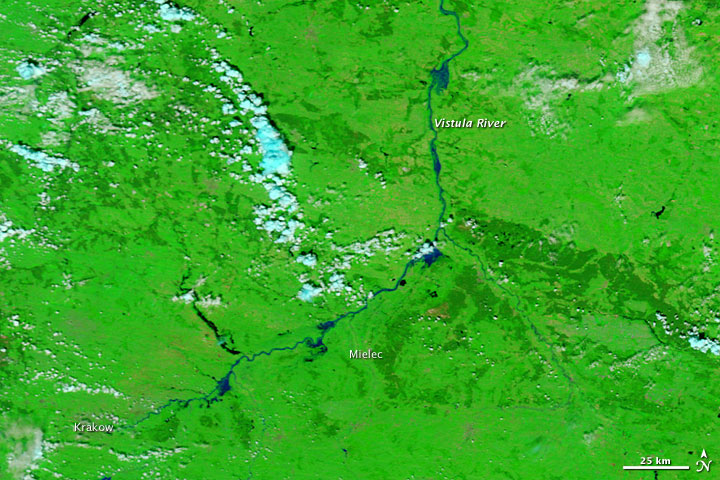 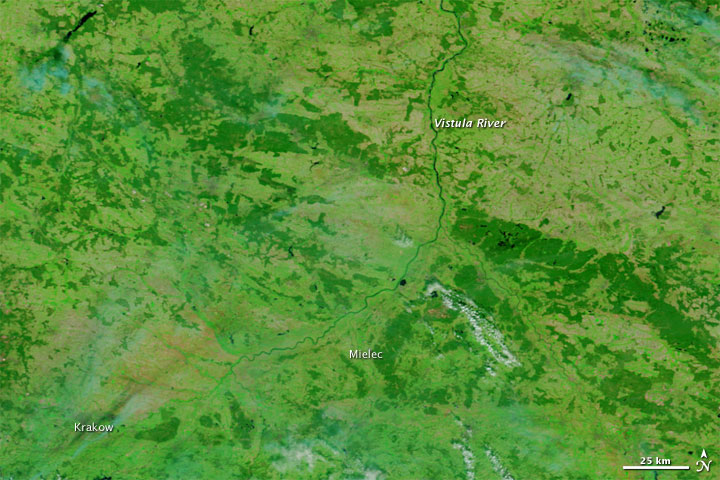 Severe flooding raised Poland’s rivers to their highest levels in over a century, United Press International reported on May 26, 2010. The Associated Press reported that heavy rains, beginning in mid-May, had pushed rivers over their banks throughout southern Poland. Parts of Hungary, Slovakia, and the Czech Republic also experienced flooding.

These images from the Moderate Resolution Imaging Spectroradiometer (MODIS) on NASA’s Terra satellite show an area along the Vistula River affected by heavy rains. The top image is from May 23, 2010, and the bottom image is from April 26, 2010. Both images use a combination of infrared and visible light to increase the contrast between water and land. Water appears in varying shades of blue, and vegetation appears in varying shades of green.

The Vistula River is discernibly swollen in the image from late May, apparently having pushed over its banks and onto floodplains at multiple locations along its route. Near Mielec and Krakow, the same river is barely visible in late April. The brighter shades of green throughout the later image indicate that vegetation has increased, which might result partly from the increased soil moisture, but probably is simply seasonal change.

Severe flooding raised Poland’s rivers to their highest levels in over a century in May 2010.

Flooding along the Illinois River