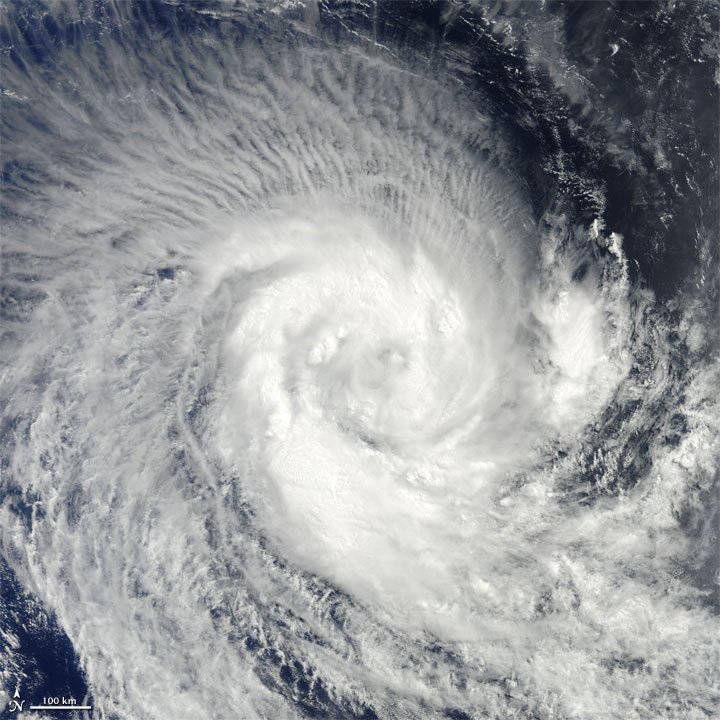 Tropical Cyclone Imani swirled over the southern Indian Ocean on March 24, 2010. The same day, the U.S. Navy’s Joint Typhoon Warning Center (JTWC) reported that the storm had maximum sustained winds of 55 knots (100 kilometers per hour) and gusts up to 70 knots (130 kilometers per hour). The storm was located roughly 745 nautical miles (1,380 kilometers) west-southwest of Cocos Island, having traveled toward the south-southwest for several hours.

The JTWC forecast that Imani would continue traveling toward the south-southwest until reaching mid-latitude. The storm was expected to eventually turn southward and weaken.

Acquired March 24, 2010, this natural-color image shows Tropical Cyclone Imani over the Southern Indian Ocean. Besides the characteristic cyclone shape, this storm throws out radial clouds toward the north.