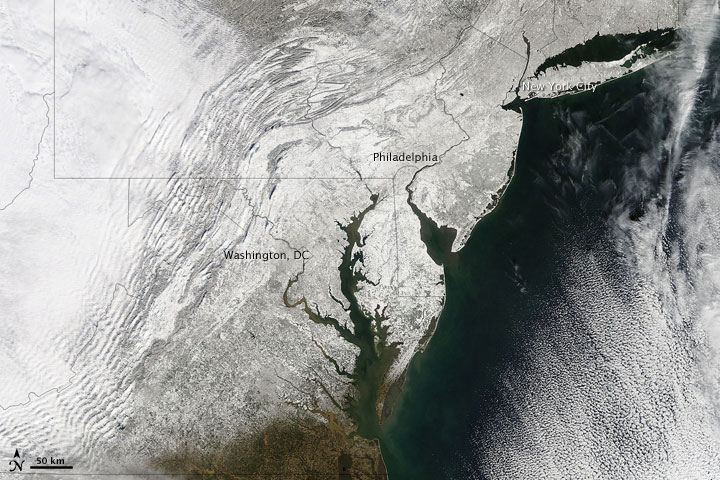 The second blizzard in less than a week pounded the U.S. East Coast on February 9–10, 2010. Federal government offices in Washington, D.C., remained closed for four consecutive days as locals skied past the city’s monuments.

New York City public schools closed for only the third snow day in six years. Crews worked furiously to restore power to thousands of homes and businesses in New Jersey. Some 200 vehicles sat abandoned on I-78 in eastern Pennsylvania as snow fell at a rate of roughly 2 inches (5 centimeters) per hour.