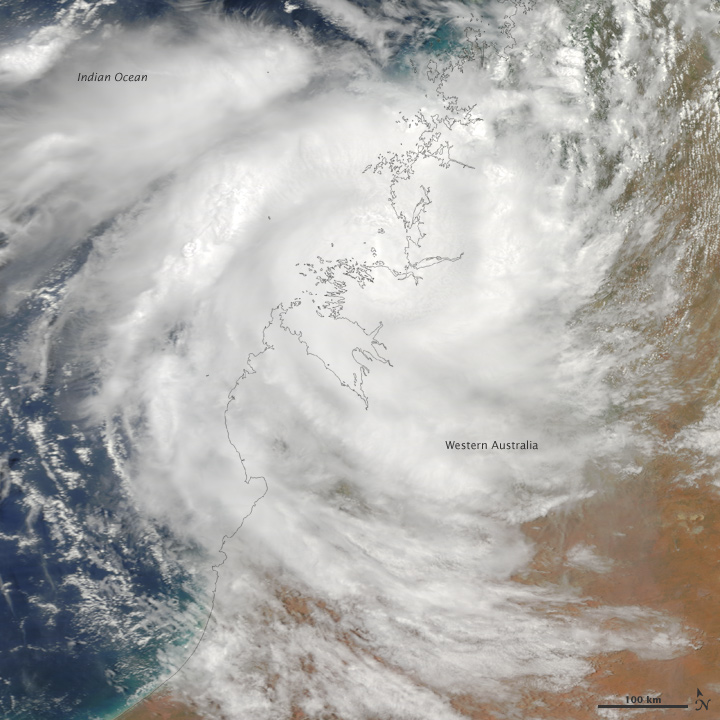 Tropical Cyclone Magda came ashore in Western Australia on January 22, 2010. The U.S. Navy’s Joint Typhoon Warning Center reported that the storm was roughly 395 nautical miles (730 kilometers) east-northeast of Port Headland and had been traveling southward. The storm had maximum sustained winds of 50 knots (95 kilometers per hour) and gusts up to 65 knots (120 kilometers per hour). Over land, however, Magda was expected to quickly dissipate.

The Moderate Resolution Imaging Spectroradiometer (MODIS) on NASA’s Terra satellite captured this true-color image of Magda over the Indian Ocean in the northwest and Western Australia in the southeast. Lacking a distinct eye, the storm nevertheless spans several hundred kilometers.

On January 22, The Sydney Morning Herald reported that Magda might have damaged some buildings along the Kimberly coast, but no injuries had yet been reported.