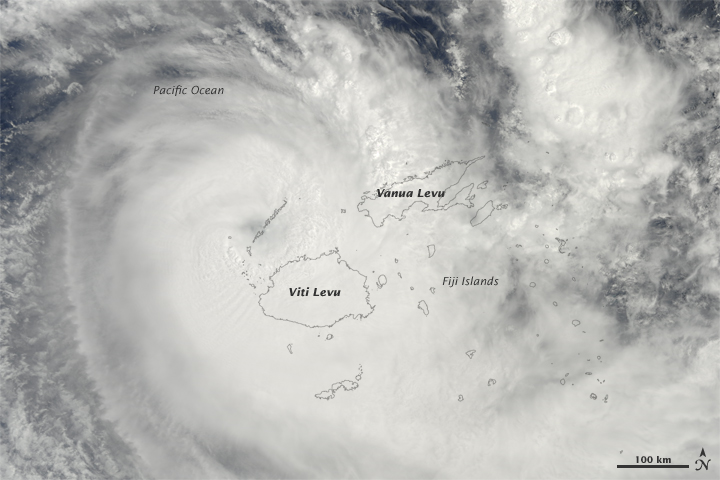 On December 13, 2009, Tropical Cyclone Mick hovered over the Fiji Islands. The following day, the Sydney Morning Herald reported that the storm had intensified, pounding the archipelago with strong winds and heavy rains. Government offices had closed, and most resorts had lost telephone connections.

The Moderate Resolution Imaging Spectroradiometer (MODIS) on NASA’s Terra satellite captured this true-color image of Mick on December 13, 2009. Black outlines indicate the coastlines of the Fiji Islands, all of which are partially if not completely cloud covered. The storm appears centered over the large island of Viti Levu.

On December 14, the U.S. Navy’s Joint Typhoon Warning Center reported that Mick had weakened significantly, due partly to the storm’s interaction with land. The storm had maximum sustained winds of 55 knots (100 kilometers per hour) with gusts of to 70 knots (130 kilometers per hour).