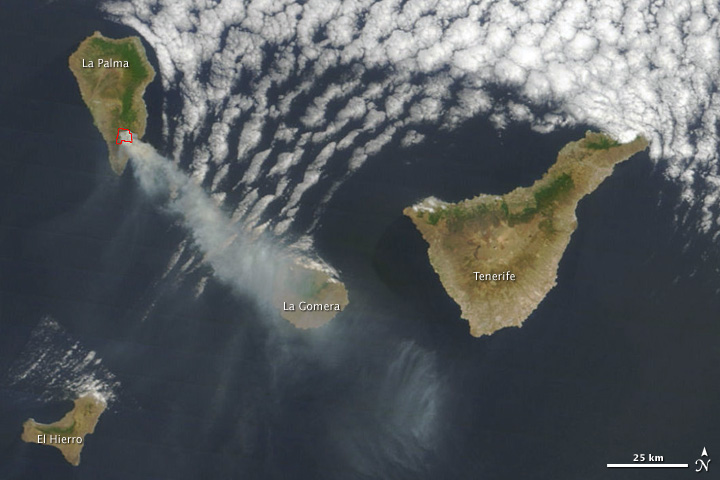 A fire on La Palma, one of the least developed of the Canary Islands, off the west coast of Africa, forced several thousand people to evacuate homes and tourist accommodations during the first weekend of August 2009 according to news reports. Strong winds and high temperatures forced firefighters to retreat, and at least 50 homes and several small wineries were destroyed, according to a report from the Associated Press.

This image of the fire was captured by the Moderate Resolution Imaging Spectroradiometer (MODIS) on NASA’s Terra satellite on August 2, 2009. The area where MODIS detected active fire is outlined in red. A thick smoke plume blows southeast, nearly hiding La Gomera from view.

Smoke from a large fire on La Palma in the Canary Islands spread southeast on August 2, 2009.