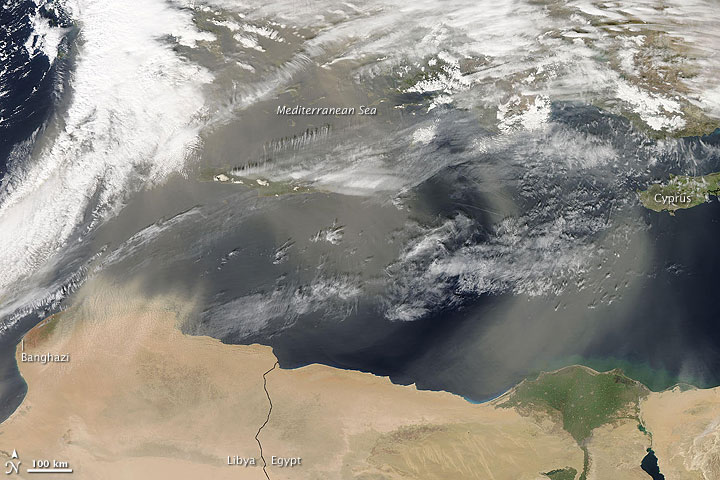 Dust plumes blew off the coasts of Libya and Egypt on March 6, 2009. The Moderate Resolution Imaging Spectroradiometer (MODIS) on NASA’s Aqua satellite took this picture the same day.

In this image, the thickest plumes blow off the coast of Libya, just east of the coastal city of Banghazi. In this region, the dust plumes are opaque, and appear to originate near the coast. In the east, a large, diffuse plume of dust blows off the Egyptian coast, just west of the emerald green Nile Delta. As it travels north, this plume skirts the island of Cyprus. 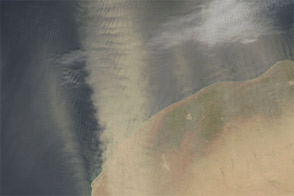 Dust over the Central Mediterranean