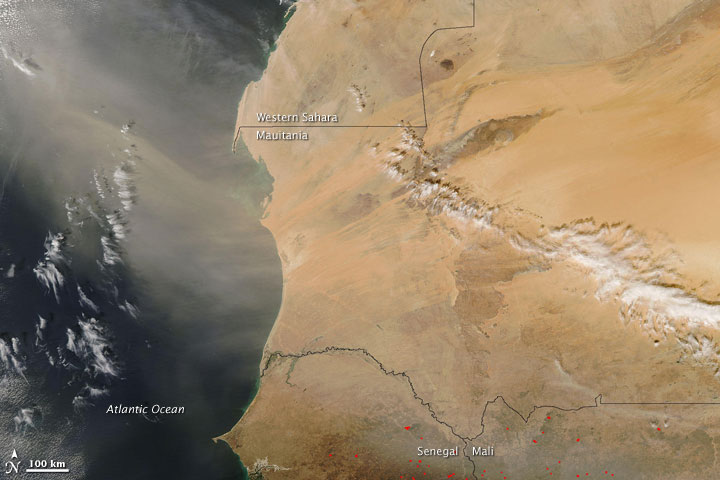 A plume of Saharan dust, possibly mixed with smoke, blew off the west coast of Africa on December 4, 2008. The Moderate Resolution Imaging Spectroradiometer (MODIS) on NASA’s Aqua satellite took this picture the same day.

In this image, most of the dust blows off the coast of Mauritania toward the northwest. Source points for the dust plume are not obvious, but along the right edge of the image, an area of pale beige appears just north of the band of clouds over eastern Mauritania. The pale beige color probably results from airborne dust, and it suggests that the dust plume to the west has originated farther inland. Clusters of red dots, indicating likely agricultural fires, appear in Senegal and Mali, and smoke from these fires may mix with the dust over the Atlantic Ocean.

Dust and Smoke off the West Coast of Africa 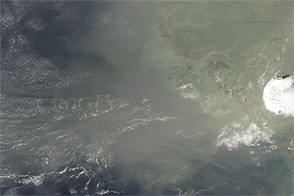 Acquired on July 12, 2009, this true-color image shows a thin veil of dust blowing over the Atlantic Ocean and mingling with clouds over Cape Verde.