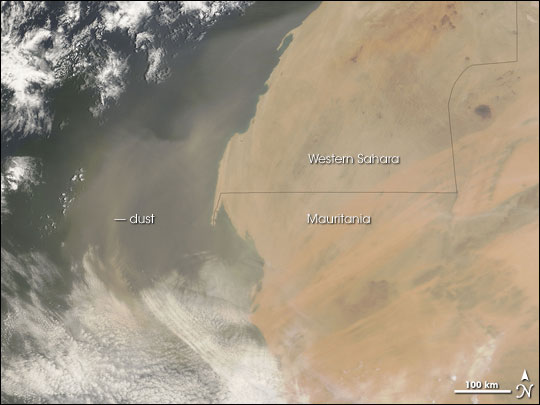 A plume of dust blew off the west coasts of Western Sahara and Mauritania on July 23, 2006. The Moderate Resolution Imaging Spectroradiometer (MODIS) flying onboard NASA’s Terra satellite took this picture the same day. The MODIS instrument on NASA’s Aqua satellite captured another view of the same dust storm. In this image, the dust appears as a beige plume that sweeps out from the coast in a circular motion, mingling with bright white clouds in the south.