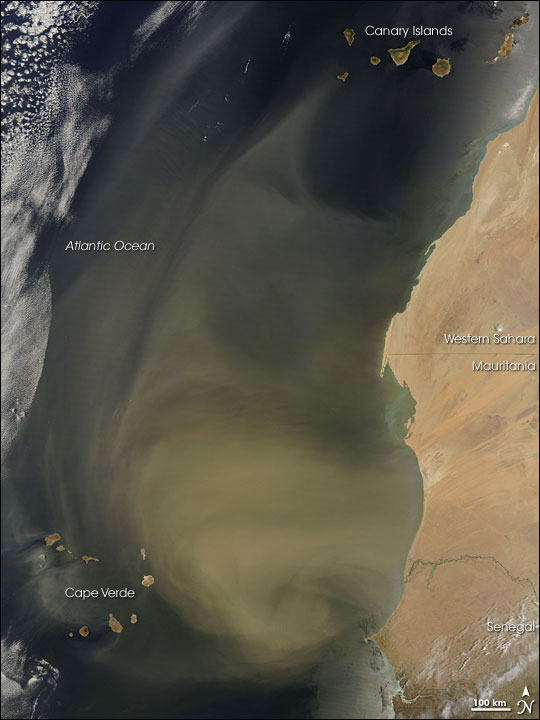 A dust plume several hundred kilometers across blew off the west coast of Africa on May 9, 2007. The Moderate Resolution Imaging Spectroradiometer (MODIS) on NASA’s Terra satellite took this picture the same day.

This image shows the dust plume fanning out approximately 500 kilometers west of the coast. The plume is thickest in the south, near Cape Verde, although a thin arm of dust stretches out toward the Canary Islands in the north. The thickest part of the plume is tan, while the thinnest portion appears ghostly gray. Over land, the dust is not thick enough to block the satellite’s view of the land surface.