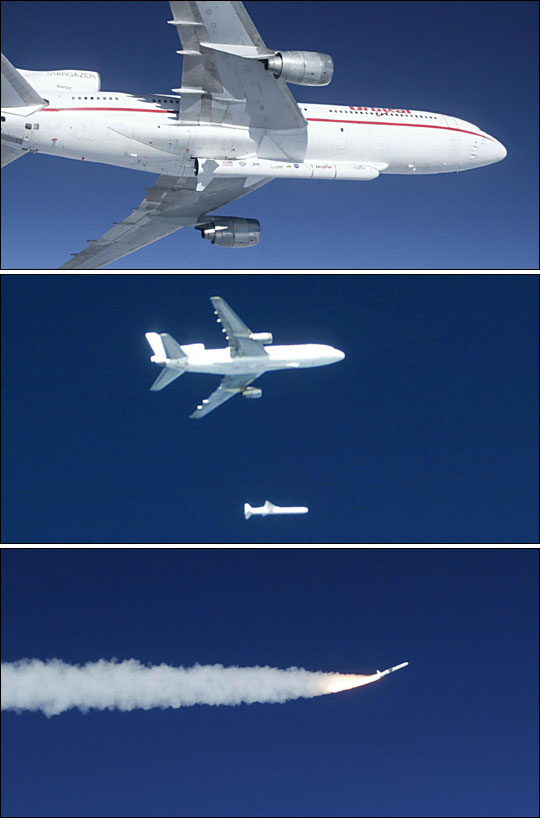 An L-1011 aircraft soars through the sky over the Atlantic Ocean with a Pegasus XL rocket, containing NASA’s Solar Radiation and Climate Experiment (SORCE) satellite, attached underneath. After being dropped from the aircraft at 3:14 p.m. EST over the Atlantic Ocean, the Pegasus XL rocket fired, propelling SORCE toward its orbit. Separation of the spacecraft from the rocket occurred precisely 10 minutes and 46 seconds later. Initial contact with the satellite was made seven seconds after separation via the NASA communications satellite network.

Over the next few days, the mission flight operations team will ensure that the spacecraft is functioning properly. The SORCE science instruments will then be turned on and their health verified. Twenty-one days after launch, if all is going well, the instruments will start initial science data collection and the science team will begin calibrating SORCE’s sensors. The spacecraft will study the Sun’s influence on our planet and will measure from space how the Sun affects the Earth’s ozone layer, atmospheric circulation, clouds, and oceans. (Click to read the NASA press release.)