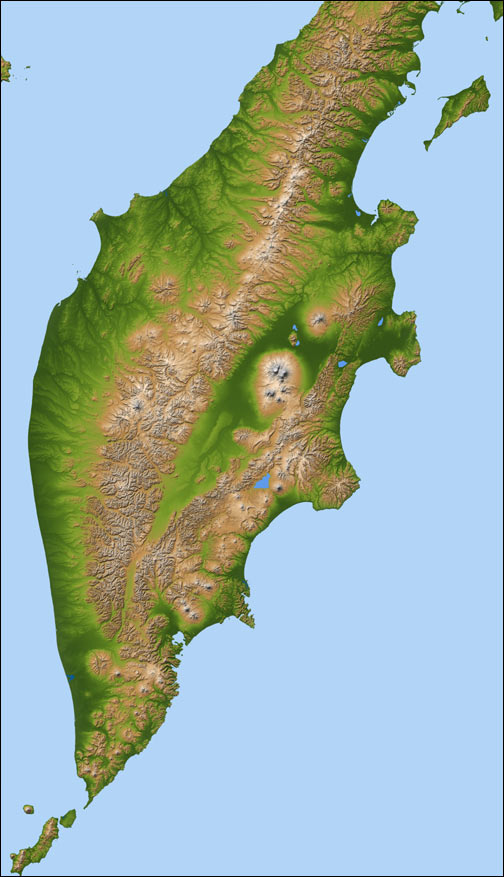 Russia’s Kamchatka Peninsula, lying between the Sea of Okhotsk to the west and the Bering Sea and Pacific Ocean to the east, is one of the most active volcanic regions along the Pacific Ring of Fire. It covers an area about the size of Colorado but contains more than 100 volcanoes stretching across the 1000-kilometer-long (620-mile-long) land mass. A dozen or more of these have active vents, with the youngest located along the eastern half of the peninsula. This color-coded shaded relief image, generated with data from the Shuttle Radar Topography Mission (SRTM), shows Kamchatka’s volcanic nature to dramatic effect.

Kliuchevskoi, one of the most active and renowned volcanoes in the world, dominates the main cluster of volcanoes called the Kliuchi group, visible as a circular feature in the center-right of the image. The two other main volcanic ranges lie along northeast-southwest lines, with the older, less active range occupying the center and western half of Kamchatka. The younger, more active belt begins at the southernmost point of the peninsula and continues upward along the Pacific coastline.

Photographs from the Space Shuttle and International Space Station show a different perspective on the volcanoes of cental Kamchatka.