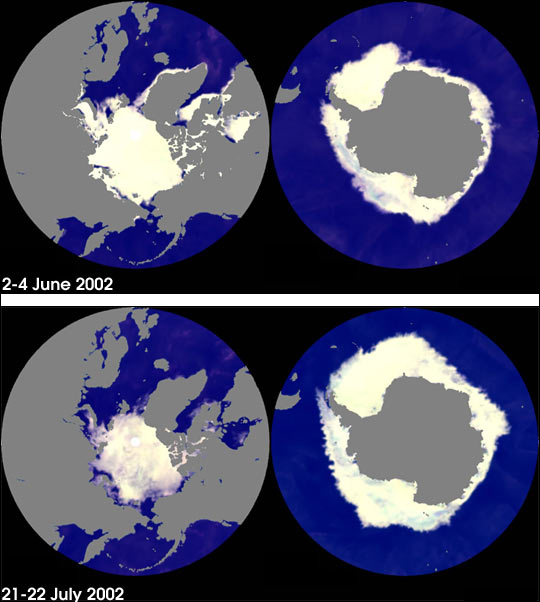 NASA's Earth Observing System (EOS) satellite Aqua, launched on May 4, is dedicated to advancing our understanding of the Earth's water cycle. The National Space Development Agency of Japan's (NASDA's) Advanced Microwave Scanning Radiometer - EOS (AMSR-E) is one of six key Earth-observing instruments on board Aqua and has recently been used to obtain images of the sea ice covers of both polar regions, showing their changes from the June 2-4 period to the July 21-22 period.