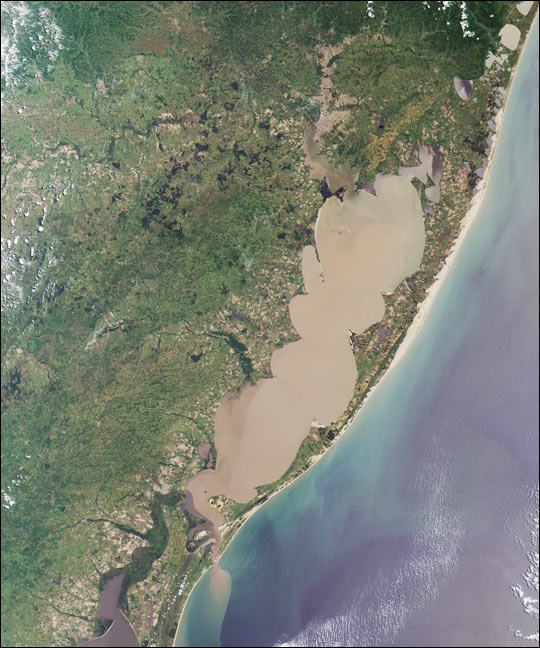 Here’s another chance to play geographical detective! This Multi-angle Imaging SpectroRadiometer (MISR) image covers an area of about 298 kilometers x 358 kilometers, and was captured by the instrument’s vertical-viewing (nadir) camera on December 27, 2001. Use any reference materials you like and answer the following five questions:

E-mail your answers, name (initials are acceptable if you prefer), and your hometown by Tuesday, February 19, 2002 to suggestions@mail-misr.jpl.nasa.gov.

A new “Where on Earth...?” mystery appears as the MISR “image of the week” approximately once per month. A new image of the week is released every Wednesday at noon Pacific time on the MISR home page http://www-misr.jpl.nasa.gov. The image also appears on the Atmospheric Sciences Data Center home page, http://eosweb.larc.nasa.gov, though usually with a several-hour delay.