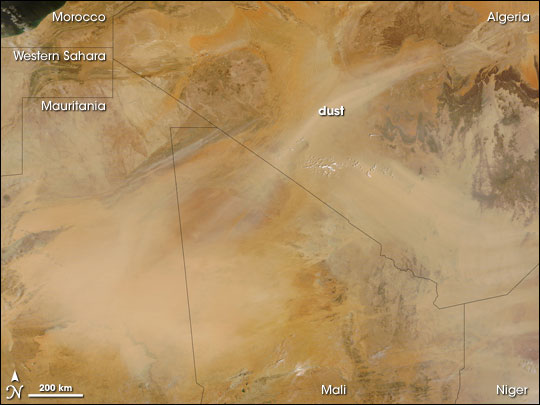 Dust plumes blew westward across the Sahara Desert in late April 2008. The Moderate Resolution Imaging Spectroradiometer (MODIS) on NASA’s Terra satellite captured this image on April 26, 2008. The dust plumes in this image, which appear to originate in Algeria and Niger, appear pale beige, slightly darker than the underlying ground surface. A large cloud of dust has formed over Mauritania and western Mali.

Africa’s Sahara Desert stretches across some 4,800 kilometers (3,000 miles), and a fourth of the desert is covered by sand seas, proving ample material for storms. As the Sahara’s daytime temperatures rise, air near the ground becomes unstable, enabling even light winds to stir dust and raise particles hundreds or even thousands of meters into the air. 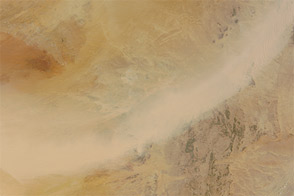 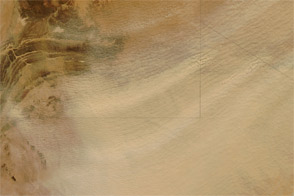