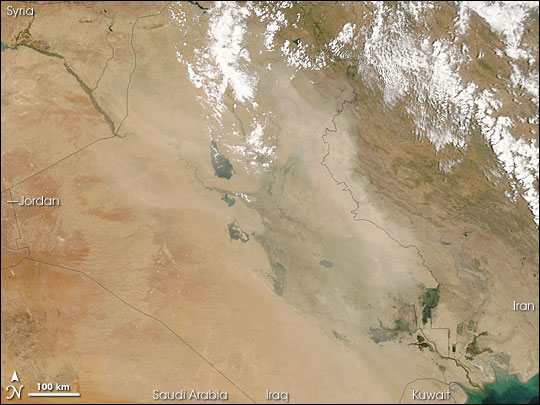 A dust plume swept over Iraq on July 8, 2007. The Moderate Resolution Imaging Spectroradiometer (MODIS) flying on NASA’s Aqua satellite took this picture the same day. The dust plume appears as a pale beige blur, especially thick along the Iran-Iraq border. The dust is not thick enough, however, to completely block the view of the water bodies below. Although the image does not show obvious source points for the plume, it appears to blow from the northwest, along the Syria-Iraq border. 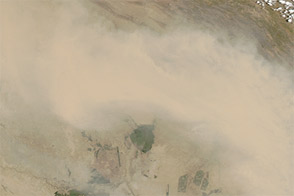 Dust over Iraq and Iran