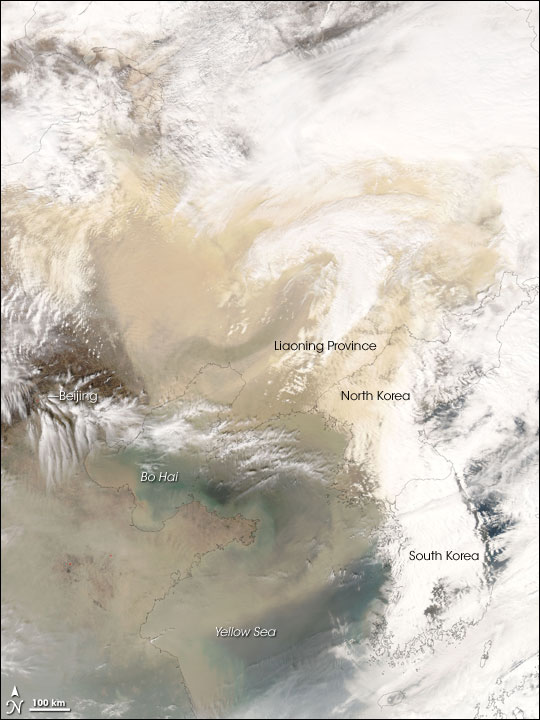 Dust mixed with clouds over eastern China and the Korean Peninsula on March 31, 2007. The Moderate Resolution Imaging Spectroradiometer (MODIS) on NASA’s Aqua satellite took this picture the same day. In this image, tan dust and white clouds obscure the view of much of the land and water below. Clouds are especially thick in the east. Over Bo Hai, however, the dust is thin enough to allow a view of thick brown sediment near the coastline.

The dust in this region likely resulted from a Gobi Desert dust storm on March 30. A combination of dust and smoke from agricultural fires clouded the skies over most of eastern Asia at the same time.

This true-color image shows a combination of dust and clouds over Turkey, Syria, and Iraq on April 15, 2009.