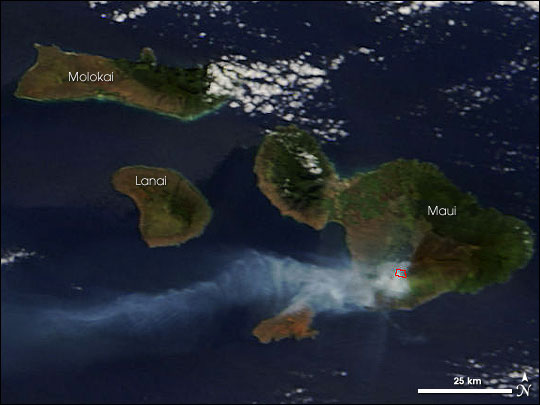 In the last week of January 2007, a forest fire burned on the Hawaiian island of Maui, scorching several hundred acres of state park land and forest reserves before it was contained. This image from January 26 from the Moderate Resolution Imaging Spectroradiometer (MODIS) on NASA’s Terra satellite shows the fire (location marked in red) casting a long plume of smoke westward over the Pacific Ocean. According to news reports, the cause of the fire was not known.

The large forest fire burning south of Haifa, Israel, was nearly under control when this true-color image was taken on December 4, 2010.