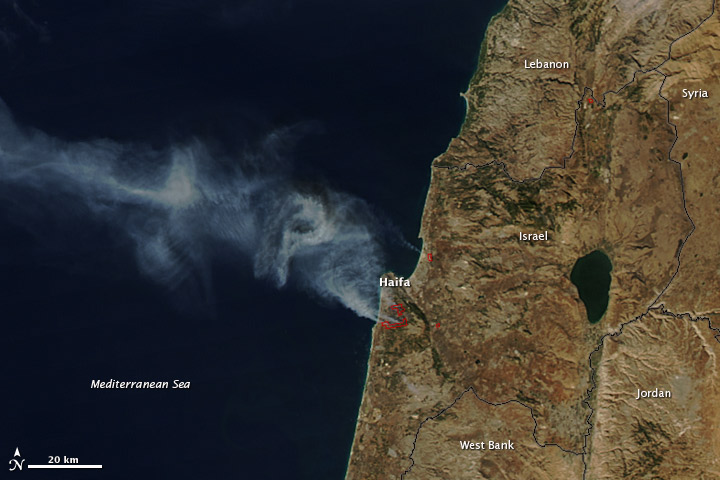 The largest forest fire in Israel’s history burned outside of Haifa on December 3, 2010. Having started the previous day, the fire quickly grew out of control as strong winds blew through the drought-dried forest. The Moderate Resolution Imaging Spectroradiometer (MODIS) on NASA’s Aqua satellite captured this image of the fire on December 3 at 12:50 p.m. local time.

Red boxes outline the actively burning areas. It is evident that winds were still strong, since the thick plumes of smoke are blowing west over the Mediterranean Ocean.

The large image provided on the Earth Observatory is the highest resolution version of the image. The image is available in additional resolutions from the MODIS Rapid Response Team, who also produces twice-daily images of Israel.

A large forest fire broke out near the Israeli city of Haifa on December 2, 2010.

The large forest fire burning south of Haifa, Israel, was nearly under control when this true-color image was taken on December 4, 2010.