Dust Blowing over the Canary Islands 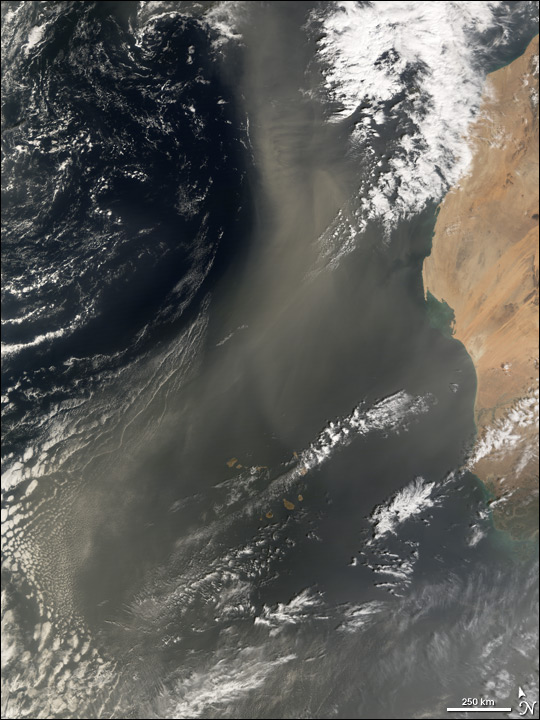 Saharan dust blew off the west coast of northern Africa and over the nearby Canary Islands on January 13, 2007. The Moderate Resolution Imaging Spectroradiometer (MODIS) on NASA’s Terra satellite captured this image the same day. In this picture, the dust appears especially thick to the north and east of the islands, its thin tan plumes partially obscuring the view of the ocean and islands beneath. Between the thickest dust and the African coast is a bank of clouds. These clouds might be associated with a weather system that produced the dust storm.