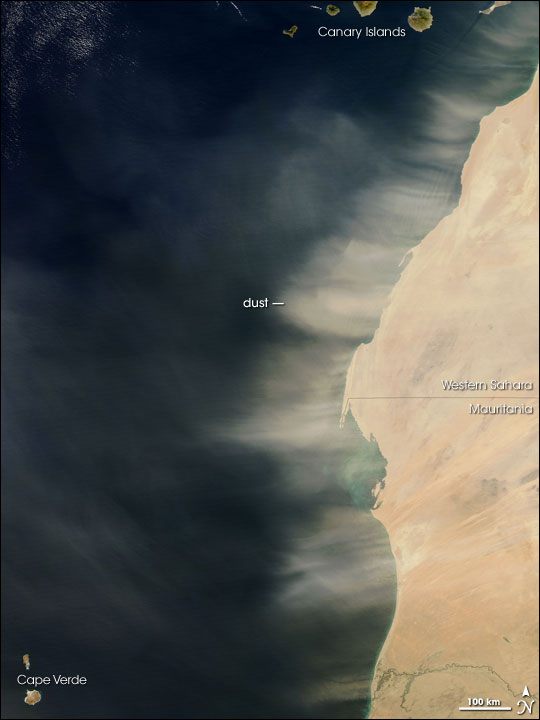 The west coast of northern Africa rang in 2007 with a dust storm. Dust plumes blew off hundreds of kilometers of coastline over the Atlantic. The plumes appeared to originate from both Western Sahara and Mauritania. Although the dust dissipated somewhat as it moved westward, diluted amounts reached the nearby Canary Islands and Cape Verde.

The Moderate Resolution Imaging Spectroradiometer (MODIS) on NASA’s Aqua satellite captured this image on January 1, 2007. In this image, the dust plumes match the color of the pale beige desert sands from which they originated. Except for a greenish sediment plume near the coast, the ocean appears navy blue.

Large, translucent dust plumes blow westward off the African coast and over the Atlantic ocean in this true-color image from June 4, 2009.