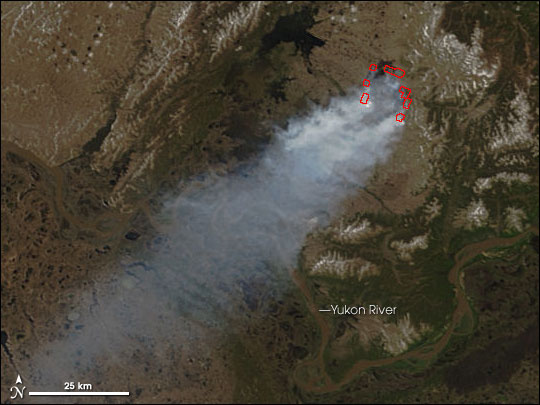 Started by lightning at the end of May (the fire was discovered on May 31), the Negeethluk River Fire had grown to about 2,500 acres (just over 10 square kilometers) as of June 5, 2006. The fire is in western Alaska to the northeast of the Yukon River town of Marshall. This image from the Moderate Resolution Imaging Spectroradiometer (MODIS) on NASA’s Terra satellite was captured on June 4; red outlines are places where MODIS detected active fire. A cloud of smoke spread southwest.

This image is shown at MODIS’ maximum spatial resolution (level of detail), which is 250 meters per pixel. The large image shows a much wider area, including the Yukon River Delta, at the same resolution. The MODIS Rapid Response System provides this image at additional resolutions. 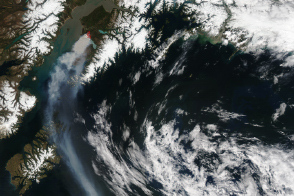 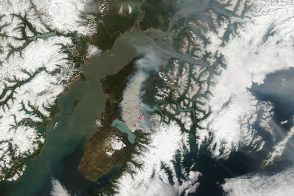