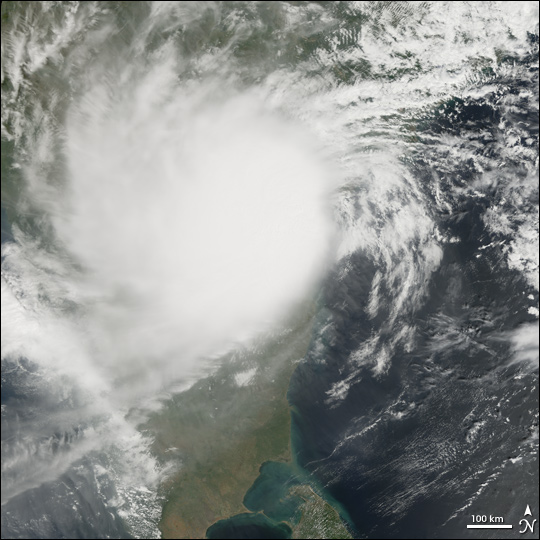 Tropical Cyclone 04B-05 had come ashore over the Indian Peninsula when it was observed by the Moderate Resolution Imaging Spectroradiometer (MODIS) on the Terra satellite at 10:30 a.m. local time on October 28, 2005. At that time, Tropical Cyclone 04B-05 had sustained tropical-storm wind speeds of 55 kilometers per hour (35 miles per hour). Although not hurricane strength, the winds caused considerable damage. Five days of sustained rain associated with the tropical storm system are responsible for some 100 deaths in India, as well as the destruction of many homes and large areas of agricultural land.