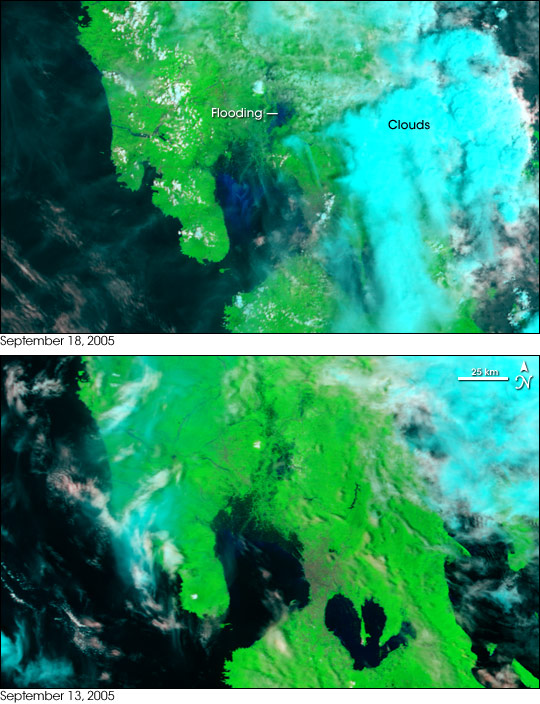 Heavy monsoon rains over Luzon Island in the Philippines pushed the Pampanga River over its banks in mid-September 2005. The floods submerged 43 villages along the river’s banks. A small section of the river was visible under the clouds on September 18, when the Moderate Resolution Imaging Spectroradiometer (MODIS) on NASA’s Terra satellite acquired the top image. The river, a dark blue smudge, has expanded into the surrounding wetlands, which were only dotted with dark pools of water on September 13, 2005, lower image.

Many areas in Luzon were affected by flooding after several days of monsoon rain, including the nation’s capital, Manila. The city forms a cement-colored web on the east side of Manila Bay, the body of water into which the Pampanga River flows. Elsewhere in these false-color images, vegetation is bright green, water is black or dark blue, and clouds are light blue and white.