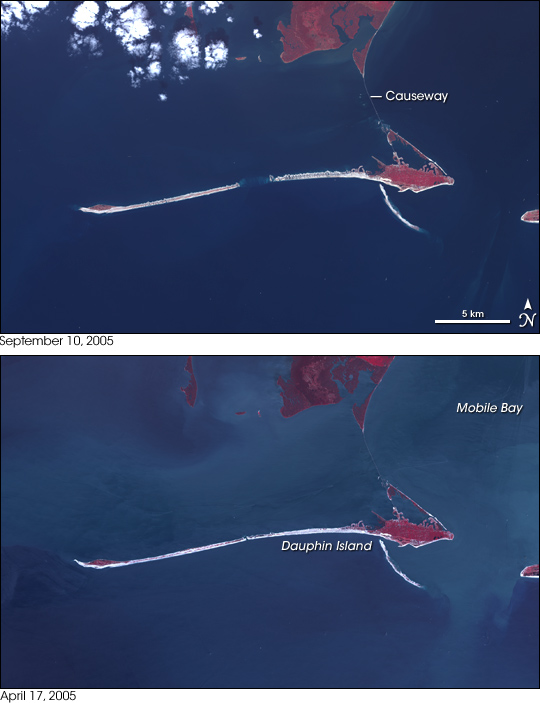 Dauphin Island guards the mouth of Mobile Bay, Alabama, from the open waters of the Gulf of Mexico. Though not directly under the eye of the storm, the island was blasted with a powerful storm surge when Hurricane Katrina came ashore on August 29, 2005. When the storm passed, Dauphin Island had been divided in two. On September 10, the Advanced Spaceborne Thermal Emission and Reflection Radiometer (ASTER) captured the top image of the permanently altered island. A large inlet has been cut across the island in the same spot that a much smaller inlet existed before the storm. The western tip of the island has also been washed away, though no other changes are obvious. Miraculously, the thin causeway that connects the island to the mainland appears to be intact. In these images, vegetation is red while sand is a brilliant white.